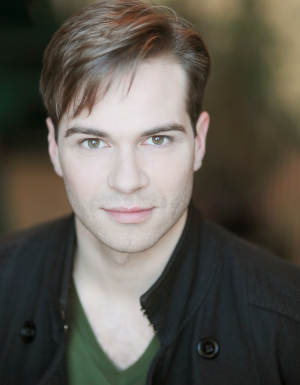 Why choose to be a bi-coastal artist? What are the advantages and disadvantages of working on two coasts?

When I left Seattle to pursue a master’s degree in acting from the Yale School of Drama, I had every intention to keep strong ties with the Seattle theatre community, though, at the time, I wasn’t exactly sure how that would take shape. I prioritized spending time in Seattle each summer—because why not spend summers in the PNW—and would reconnect with the city’s community during those breaks, collaborating with local companies and taking work with colleagues. After graduating it felt like the perfect moment to spend some time in NYC and the city was full of new lessons: about artistic resilience and nimbleness, the highest standards of competition, exchanging ideas with artists from all over the world, and experiencing multitudes of new and international work. Seattle allowed me to develop a more diverse career as a theatre artist: regularly producing, directing, acting, and teaching, while NYC demands a more singular self-definition. The NY acting market requires a tenacious persistence, which I was continually reminded of each time I choose to spend months on end in Seattle instead of in NY. Eventually, this becomes a question of what kind of artist I want to be, and ultimately comes down to where I can most effectively investigate the things I care about. Each coast has plenty to teach me and are quite complimentary in their lessons. I am immensely grateful that both can and have played a role in my creative life.

Seattle allowed me to develop a more diverse career as a theatre artist: regularly producing, directing, acting, and teaching, while NYC demands a more singular self-definition. Eventually, this becomes a question of what kind of artist I want to be, and ultimately comes down to where I can most effectively investigate the things I care about.

Tell us a little bit about the founding and evolution of One Coast Collaboration.

Upon arriving in New Haven in 2009, I saw a rich opportunity to build bridges between the Paula Vogel led playwriting students at Yale and Seattle based theatre companies who are interested in developing and producing new work. Introducing East Coast artists to the Pacific Northwest as an alternative creative destination—where their most inventive, risky and necessary projects could take shape—quickly revealed itself as a win-win situation for both Seattle companies and these burgeoning playwrights. After graduating and moving to NYC, my network of playwright colleagues continued to expand and the reach of OCC expanded as well.

Since 2010, the festival has welcomed over fifteen out of town playwrights to Seattle, engaged hundreds of local artists and has supported the creation of over twenty new plays, several of which have been produced in Seattle and nationally. This year we are welcoming five playwrights, supporting a bi-coastal devised project and fostering collaborations with the Seattle Rep, ACT, Intiman, WET, The Satori Group and The Hansberry Project.

I want to keep the conversation going, to create some potential energy, to keep us busy and talking and creating. All the better if that can all happen with artists from around the country and in Seattle.

What are you working on this summer?

I just directed Dirty at ACT Theatre, a co-production with Washington Ensemble Theatre and ACT, and am currently preparing two roles as part of the Intiman Summer Festival in John Baxter is a Switch Hitter and The Children’s Hour. OCC will take place mid-July this year, a few months sooner than usual because my real work begins in late-August when Amanda Hilson (PATP ‘14) and I will become first time parents to a baby boy.

You’ll be the producer for “Seattle Theatres Lost & Founded,” a free readings series in collaboration with the School of Drama, Meany Hall, and OCC. What’s the premise and what do you hope the audience will take from the experience?

Seattle Theatres Lost & Founded is a project about community, lineage, and memory; about the past and the present, about breathing new life into moments of our city’s creative heritage that shaped our theatrical landscape. Throughout the year, the School of Drama, Meany Hall, and OCC will gather creative leaders of past Seattle theatre companies, produce readings of their seminal works, and curate diverse and dynamic teams of artists made up from members of the original organizations, current local professionals, and UW School of Drama students to perform them. This is a confluence of missions and OCC’s goal of building bridges fits beautifully with Todd London’s vision for this inventive and meaningful project. At a time when Seattle is experiencing so much growth and change, I hope that audiences will become aware of the depth of Seattle’s creative legacy and that the impact of these pivotal works will continue to resonate as they are re-introduced to our present moment.

At a time when Seattle is experiencing so much growth and change, I hope that audiences will become aware of the depth of Seattle’s creative legacy and that the impact of these pivotal works will continue to resonate as they are re-introduced to our present moment.

What’s a favorite memory or lesson learned from your time as an undergrad at the School of Drama?

Oh so many. My time at UW was so formative to my personal, creative and professional development and Hutchinson Hall continues to be a place I frequently find myself. My experiences working with Robyn Hunt and Steve Pearson, who I continually train with, even to this day, were a major influence to me and working on Artie Shawnessey in House of Blue Leaves directed by Valerie Curtis-Newton still comes up vividly in my memory. Something about those blue leaves raining down…