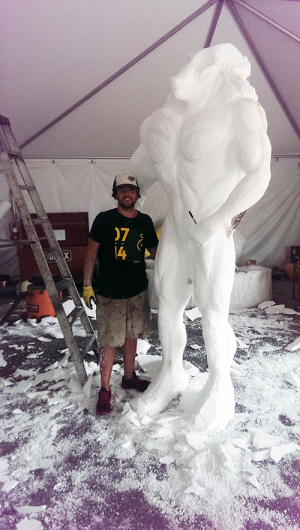 Susan Champion (PATP '95) earned her law degree in 2011 and is featured in a documentary film for her work as a lawyer for The Stanford Justice Advocacy Project (formerly the Three Strikes Project). "The Return" will have its premiere at Tribeca Film Festival.

Andrea Bush (MFA '07) was the featured artist for Five Friday Questions with Encore Arts. Andrea is designing for Stick Fly, part of the Intiman Festival and opening May 24.

Will Alvin (MFA '09) (pictured) worked on the design for the Curse of Anubis: Paintball Adventure at Queen Mary's Dark Harbor in Long Beach.