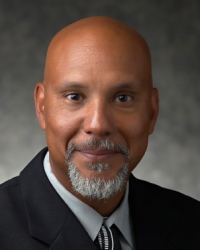 We are so excited to welcome back Tim Bond who received his MFA in Directing from the School of Drama in 1983. He has now returned to be on the UW School of Drama faculty as a professor of Acting and Directing. We sat down with Tim to learn a little bit about what he has been doing in the meantime, and what's he has observed in his time back here.

BR: How was your first quarter? How are you settling back into Seattle and back into the School of Drama?

TB: I love being back in Seattle, but it’s a very different city from when I was here. Both in terms of how the city feels, how people travel through it, and what it looks like. Many of my favorite landmarks are gone. I’ve been back and forth for the last twenty years, and in that time, Seattle has gone through a major shift. The theatre ecology is entirely changed. So I am still getting to know it, and I feel like I’ve barely scratched the surface of getting to know what Seattle theatre is now. I’ve been doing a lot of letting go of everything I’ve known.

BR: That’s an interesting process – has that been difficult?

TB: No, I’m not stuck on it. I just have to let go of those reference points because they are not applicable to this universe. That’s kind of what’s happening to me everywhere in my life. I am letting go and I’m literally starting over. I’m like a baby. A baby that’s already got all this stuff in its DNA and its knowledge base that I am now discovering anew in an entirely different context.

BR: What was it like when you were a student here? What’s changed?

TB: Much of everything. There is still the spirit of the students and the faculty’s knowledge – but it’s a different group of students, a slightly different curriculum, a different relationship of programs to each other, some of which were things as a student I was asking for and wanting, and some of which have evolved through different personalities and new philosophies of teaching. And some things that were a certain way back when I was a student have been either forgotten or no longer are the focus or need to be rediscovered again. I am very much an observer and trying to just take in what is here and why it’s here. I’m putting a lot of my knowledge on the shelf for now, but ready to go if it’s useful.

BR: What are some of those things that you learned here that you are now bringing into your teaching?

TB: All theatre is political. Learning and teaching about trying to get to the core of what a play is about, the interpretation of that, and then, the artists working on it need to then find their perspective on it and their relationship to that core. Do the research and then try to be in the moment every moment you are in rehearsals, working on it. Like you do the research and then you let go of it to be in the moment, and to see what you discover. That’s what I try to teach, that’s what I think, doing that research is really key for the play. So all the basic things that I learned as a directing student here and through the acting program which was about given circumstance, action, need, and objectives and all that the staples. A lot of what I am doing is reminding the students that “you’re leaping ahead to this other stuff but have you done this first. Like do that, once you have that done, you’ll be free to do the other thing.” So I feel like I am guiding people back to the basics and with more understanding of how to analyze plays, how to apply the human condition to the text, and really attaching one’s self to the text. Have the text be the music to your dance, and really surf that language. They’re busy trying to act or see if you can connect to how this character feels and I am just like “just say the words and find the rhythm and the flow of the language and it will lead you to those discoveries.” Sometimes it’s almost like the language is preventing people getting what they want. I find a lot with this generation of artists that the text and the language is just a spring board for their ideas and their work, when actually it is the pool that you’re jumping into. You need to get in and stay in and know that it’s going to guide you. So I have been very focused on that, and I know that’s something I learned when I was a student here.

BR: What is something about our program that you think is unique from others?

TB: Well certainly having the directing and actors program at the masters level that are co-joined as symbiotically as these two are, and how the directors and actors work together. When I was in school the MFA directors did not work with the PATP students almost at all. They were kept separate, much to our chagrin. I mean we wanted to work with the PATP students but many of the faculty didn’t want us anywhere near them. They didn’t want us to influence their training. We were left saying, “but we have, all this great theory, and all this new stuff and we want to explore it with the actors.” However, at that time it was a much more classical program, and they didn’t want the pedagogy to overlap. There was an absolute brick wall between the programs and that has changed I think very much for the better. And I’m excited to explore what that means because that wasn’t the model I had. We spent a lot more time with the undergrads, and so in many ways were teaching the undergrads as graduate directors, which actually gave me a real skill at teaching and in helping young actors. And I remind our directors now, don’t get lazy because you’ve got actors who will be able to give you what you ask for too quickly, there is still this other layer that you’ve got to get to, and you’re taking for granted that they’re going get there, because they are your contemporaries. Directors always have to have answers and ideas and questions that are going to tease out those remarkable performances. Even when you get out into the professional world with very experienced actors you’re still going to have to have that, so make sure to do your research. Be prepared for the rehearsal room.

BR: What are some of your highlights or favorite projects you’ve worked on since your time as a student at UW?

TB: It’s hard to pick favorites! A really special project was about four years ago when I took Tarell McCraney’s The Brother’s Size to South Africa. It was a really exciting experiment and adventure and it was very well received. I also had the opportunity to do some workshops with the actors from the company out in the Homelands in South Africa, so we went to a number of different places that allowed us to work with folks who had almost no opportunities to do theatre or get trained in theatre but had amazing abilities, which was really great. I am also seven plays into the ten play cycle of August Wilson, so that is long term journey for me. I told August just months before he passed, and before I knew he was ill, that I was going to complete his cycle, so that is something I will have to do, and I will find any way possible to make it happen.