Student Interview: Monica Cortes Viharo (Ph.D.) and her research on the Civil Rights Movement in Tacoma 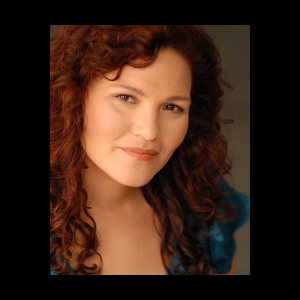 Ph.D. student Monica Cortes Viharo was recently awarded a $8,500 Mellon scholarship from the Simpson Center to do a resarch porject that engages the public in the sphere of storytelling and performance. Over the next year she will be collaborating with Sara Freeman, Associate Professor of Theatre Arts at University of Puget Sound (UPS) in Tacoma, on a Performance Walk  project. This event will have a self-guided tour that takes participants around Tacoma as they learn more about the Civil Rights Movement in the Pacific Northwest. They will also be presenting their resaerch at the Race and Pedgogy conference at UPS in Fall of 2018. We sat down with Monica to learn a little bit more about the origins of this project.

BR: Can you tell me a little bit about this project? Where did your inspiration come from?

MCV: The inspiration came from three places, firstly, in the Autumn of 2015 the School of Drama brought Dr. Sara Freeman from the University of Puget Sound in to teach a graduate seminar on Contemporary British Theater. The class gave me insight into British models of activist and documentary theater that are two forms I focus on in my work. Secondly, at that time I also was accepted in to the UW Certificate Program for Public Scholarship which trains and supports scholars of any discipline who want to do work with, for, and about local communities, and lastly as part of the year-long collaboration with the performance duo PearlD'amour and the resulting Skies Over Seattle project.  During that project a cohort of fellow students and I volunteered with U District organizations. Through our observations and interviews we created a performance piece for these organizations.  I worked with the Elizabeth Gregory Home, a day-shelter and transitional housing facility for homeless women.  That work was transformative.  I learned that despite living in the area for two years I really didn't know my own community.  I often feel as an artist and scholar I don't have as much to give as say a nursing or social work student.  But I found that these women really appreciated being heard, seen, and entertained, which is true of all of us.

I often feel as an artist and scholar I don't have as much to give as say a nursing or social work student. But I found that these women really appreciated being heard, seen, and entertained, which is true of all of us.

Prof. Freeman knew I was doing the PearlD'amour project and asked if I could use what I learned there to work with her on a project in Tacoma, so I jumped at the chance.  I knew I was gong to do this project no matter what, but when I saw the opportunity to fund this program with a grant (instead of working 2-3 jobs this summer) I applied.  The Mellon Fellowship also offers support by bringing together all the graduate student and faculty recipients several times during the summer. So, I am grateful that along with funding I will get to connect with and learn form the other humanities researchers.

Inspired by the history of the NAACP and the Civil Rights movement in Tacoma, Washington, Prof. Freeman and I are partnering with community members to create a performance walk, or interactive and site-specific tour of historic locations that incorporates oral histories (either written, recorded, or performed), followed by panel discussions or workshops. The performance walk will premiere at the Race and Pedagogy Conference at the University of Puget Sound in the Fall of 2018. Additionally the project will commemorate the 10th Anniversary of the Tacoma Civil Rights Project (2008 exhibition at the Washington State History Museum) and the documentary film by Stanley Lee, Tacoma's Civil Rights Struggle - African Americans Leading the Way, while expanding upon those works.

BR: Why do you think it is important to study this right now?

MCV: I am always interested in artistic endeavors that tell important real-life stories about the past or present. But given the current political climate I think it is even more important to mark those whose struggles have gone unrecognized.  My hope is that the making and experience of the performance walk will provide inspiration and remind us that we have been here before. We have faced racism and injustice before and we can do it again.  Maybe these stories can be a blueprint for the kind of coalition building and political organizing that needs to happen now. I also want people to remember that regular citizens can make change and that the Civil Rights movement did not happen only in certain cities -- it happened everywhere and we should be proud of this history.  The best way to honor these local activists is to make sure their work has not been in vain.

The best way to honor these local activists is to make sure their work has not beein in vain.

BR: What are the first steps you are taking in your research?

MCV: Being new to the area so there is a lot of reading I need to do about the history of Tacoma and review the historical documents that will be the foundation of the project. Since The University of Puget Sound does not have PhD students, part of my work will also be to meet with undergraduates at UPS to see who would be willing to join us on this project. Professor Freeman and I will then train those students in some of the techniques I learned during the PearlD'amour project.  I look forward to exposing undergraduates, who don't regularly work with PhD students, to graduate research in the humanities. In fact, being a research assistant during my undergraduate education is the reason I am in grad school today.

BR: What are you most excited to explore in this work?

MCV: I have no idea what the final product will look like. That is exhilarating and terrifying. The project will also serve as my capstone project for the Certificate in Public Scholarship so I look forward to creating something with community members.  In academia we often talk about the "co-creation" of knowledge, but this is chance to put that value into practice.