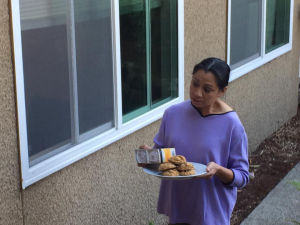 Ron Heneghan (PATP ‘93) is currently performing in Chesapeake Shakespeare Company’s production of The Taming of the Shrew, running through April 9th.

Valeka J. Holt  (PATP ’12) will be making her Arena Stage Debut as Ruth in their upcoming production of A Raisin in the Sun by Lorraine Hansberry. The production runs April 25th-May 7th.

Eloisa Cardona (BA '84) premiered her short film Locked at the Northwest Film Forum in mid-March. The film centers around a former marathon runner who struggles to free herself from fear after surviving a terror attack. You can learn more about Locked here.

Matt Dela Cruz (BA '09) is currently performing in Squatch! The Musical, a world premier musical at Centerstage in Federal Way. The shows runs through April 9th.