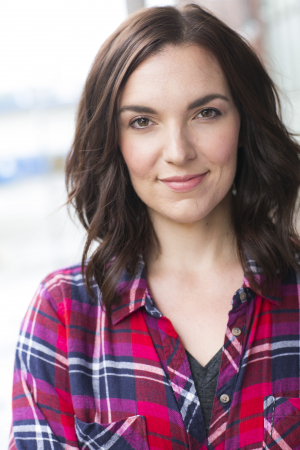 When Tatiana Pavela was six years old, her mother asked her what she wanted to be when she grew up. “An actress,” Tatiana answered. Her mother laughed and said, “No honey, but what do you really want to be?” When she retells the story now, Tatiana describes her mom demonstrating how she, “took a step back, looked her square in the eyes, put my hands on my hips and said, ‘No, Mom! I really want to be an actress.’”

Tatiana hastens to add that her mother is “incredibly supportive…that story is not representative of her.” But, she says, it does stand out as the start of a pattern: “Being laughed at, made fun of, told no, and doing it anyways.”

That “do it anyways” spirit is on full display in Pavela’s solo show, Brandi Alexander, which opens May 24th for a four-show run at Love City Love. In it, Pavela plays a stand-up comic prepping for her comeback tour. For her first return gig, she’ll be the opening act for the man who raped her five years earlier. She calls the show “stand up gone radically wrong.” She says she’s had audience members tell her that they were “embarrassed for me and wanted me to stop.” Others have said that the show made them feel frustrated and angry. “Good,” says Pavela, “Anger is necessary.” She’s doing it anyways. 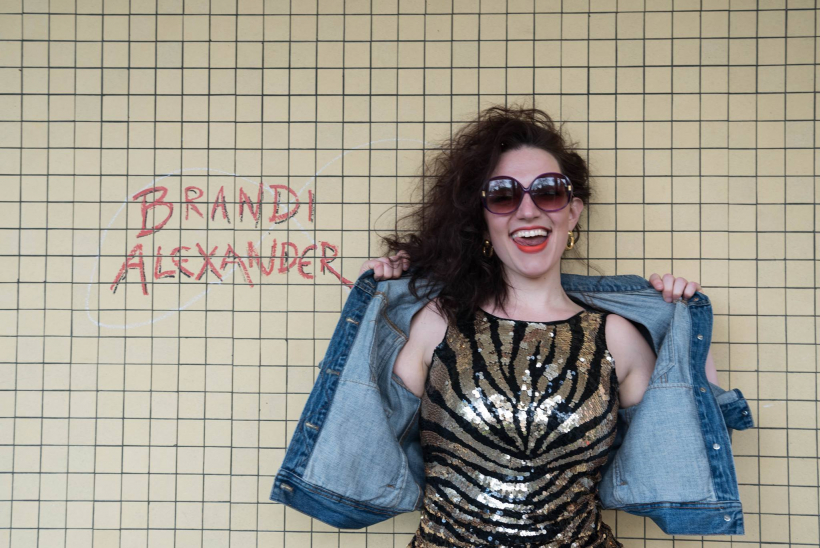 Pavela graduated from UW Drama’s Professional Actor Training Program in 2017. Asked about her biggest takeaway from her time at UW, she says that she learned how to trust herself in the work and locate what she can bring to a role that no one else could, rather than trying to do something “right” or to please a director.

“I also learned that making my own work is so, so satisfying.” PATP students create short solo works throughout their years in the program, culminating in a twenty-minute solo performance in their third year—Brandi Alexander was born out of Pavela’s third-year solo show. Pavela says that she initially thought that coming to UW would be a departure from this type of work. “After studying in NYU’s Experimental Theatre Wing for four years, I wanted to learn how to be a ‘normal actor.’ But I loved how the new skills I was picking up were so supported by my older training. I loved walked into an empty studio and figuring out what I was going to make.” She says that her time at UW solidified her love for creating her own shows in a way that was “unexpected.”

But Pavela didn’t wind up at UW by accident. She says that, after a decade of living and working in New York, she realized that she needed “complete theatre immersion—to be surrounded by what I love most in the world, to help me figure out how to build a life more representative of myself.” She researched “every every EVERY” school in the country, looking for “a balanced program taught by artists actively working on their art,” in “a place where my husband [who is a playwright] wouldn’t go crazy—a place that would inspire us.” And “I wanted a program that offered significant financial aid. All roads pointed to UW.” 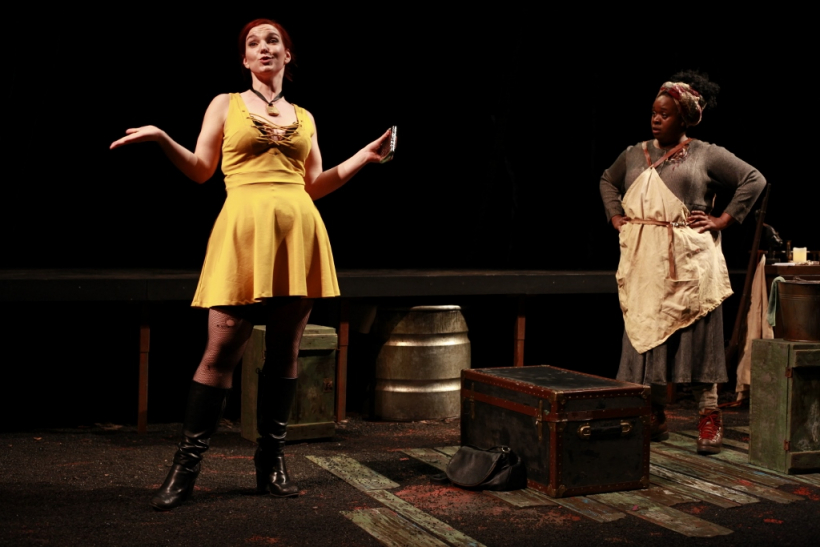 Now that she’s on the other side of her three years in the PATP, Pavela offers this advice to current students: “Don’t take it for granted. You have these years where your primary job is to make and study theatre. That’s it. You get to immerse yourself in your art. That’s insane! And amazing!” Noting that most artists balance a variety of day jobs, she advises students to treat long days an acting studio and rehearsal room as “a complete gift.” Adding, “Don’t complain. Try everything. Question it later, but only after you have tried it.”

She also has sage career advice, “Go and see as much theatre as possible. It’s the most important thing you can do as an artist. And talk to people after shows. Put yourself out there, even when it’s scary. If you liked the show, tell the people working on it.  If you want to work with someone, reach out to them. Put yourself out there, get stomped on and keep going.  Eventually something different will happen.”

Brandi Alexander, written and performed by Tatiana Pavela, runs May 24 - 27 at Love City Love. It contains strong themes of sexual assault, and is recommended for audiences ages 18 and up. Tickets and info here. To learn more about Tatiana, visit tatianapavela.com