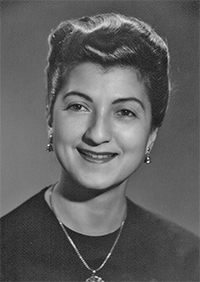 University of Washington School of Drama faculty member emeritus Aurora Valentinetti is the 2018 recipient of the Distinguished Teaching Legacy Award, which recognizes UW teachers who inspired and influenced their students both in and out of the classroom. Professor Valentinetti, also known as "The Puppet Lady," taught puppetry at UW from 1942 until 1992. In addition to being on faculty, Professor Valentinetti is also an alumna of the School of Drama, earning her BA in 1943 and her MA in 1949. With the University of Washington Puppeteers, Valentinetti served as designer, production manager and performer from 1943 until 1948.  Each year this troupe presented a marionette show at the campus Showboat Theatre including such classics as “Ali Baba and the Forty Thieves” and “Rumplestiltskin.” Professor Valentinetti was born in West Seattle and has been a Seattilite all her life.

Read about her enormous influence on generations of students in this article in Columns Magazine and a big congratulations on her award!