At the risk of sending out "Back to School" vibes, we at the School of Drama are too excited to hold back and are annoucing our 2016–2017 Season. So...keep enjoying summer, but also look forward to the fall and the start of our next season! Season brochures will be mailed in mid-August. Email katrinae@uw.edu to make sure you're on our mailing list.

SEATTLE, WA— The University of Washington School of Drama, under the leadership of Executive Director Todd London, is proud to announce its 2016–2017 Season. As with their 75th anniversary season, the School of Drama will continue to build artistic partnerships with both local and national artists in an effort to provide more diverse learning opportunities for their students and create a laboratory environment within the School. Guest artists involved this season include: Ali el-Gassier, Marya Sea Kaminski, Jane Jones, Ellen McLaughlin, Qui Nguyen, Ken Rus Schmoll, Daniel Talbott, and Anne Washburn.

The season will feature six fully realized productions and four UW Drama Laboratory Projects, many of which share a common theme. “As we were assembling the season, we began to see a pattern emerge,” notes Todd London. “Many of these plays represent the work of modern...

Where to See Students Work This Summer 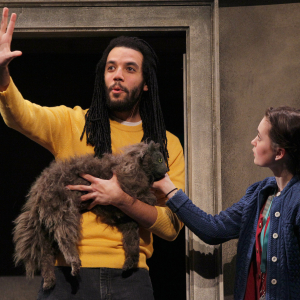 Tré Cotten (PATP) plays a White House advisor to the ad-men who created the infamous campaign advertisement for Lyndon B. Johnson in ...