On June 8th, the School of Drama partnered with Cornish College of the Arts and Seattle University to present our first annual Emerging Seattle Designer Showcase. Graduating MFA designers from UW and graduating seniors from Cornish and Seattle U presented their work to local directors, artistic directors, and designers. An acting showcase has long been an annual event for graduating members of our Professional Acting Training Program, so we are thrilled to partner with Cornish and Seattle U to provide the same opportunity to our graduating designers.

In the spirit of trying new things, we'll also be having our first all-school graduation this Saturday, June 13th. Traditionally an undergraduate event, this year, we'll recognize and celebrate the accomplishments of our talented and courageous graduating BAs and MFAs.

Congratulations to all our students and happy summer!

Summer is hardly only for relaxing. Many of our students, graduates, faculty, and staff are working on exciting projects outside the School of Drama this summer.

Many members of the School of Drama family are involved in Civic Rep's ...

Our talented undergraduates are breaking with tradition next year and making their popular New Works Festival part of the main stage season. The Undergraduate Theater Society's 2015–2016 season is as follows (all shows in Hutchinson Hall's Cabaret Theatre): 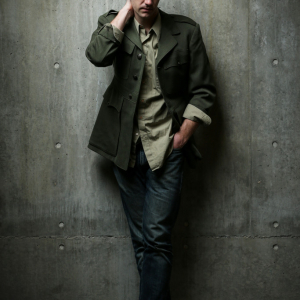 Stephanie Kallos's (PATP '82) third novel, Language Arts, is available June 9. She will read at the Seattle Public Library on June 10.

Ben Zamora (MFA '05) installs his sculpture Alone. Standing. In the Darkness. Invisible. by the Duwamish River for DUWAMISH REVEALED and viewable from both land and the river, through September 30. He is also lighting a Steve Reich opera, Three Tales, with the Los Angeles Philharmonic and Walt Disney Concert Hall, featuring video by Beryl Korot.