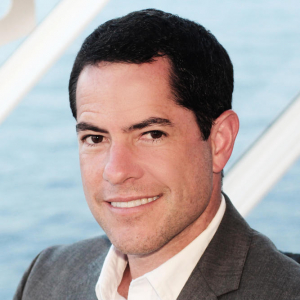 Ken Cerniglia is a veteran dramaturg, writer, and creative executive. He dramaturged the innovative Broadway hits Hadestown (8 Tony Awards, including Best Musical) and Peter and the Starcatcher (5 Tony Awards).

As resident dramaturg and literary manager for Disney Theatrical Productions for 16 years, he developed over 60 titles for Broadway, touring, international, and licensed productions, including The Hunchback of Notre Dame, Freaky Friday, Aladdin, Newsies, The Little Mermaid, High School Musical, and Tarzan. He recently conceived and developed Marvel Spotlight, a collection of one-act plays with teenage super hero protagonists who tackle real-world problems in a diverse society. His libretto adaptations for young performers include Beauty and the Beast JR., The Little Mermaid JR., The Lion King JR., The Lion King KIDS, and Aladdin JR. He has also written scripts for over a dozen Disney on Broadway concerts for special events, including Disney Cruises.

As a freelancer, Ken wrote the book for the new musical Atlantis, which recently premiered at Virginia Repertory Theatre directed by Kristin Hanggi. Other dramaturgy includes the chamber opera Blood Moon (PROTOTYPE 2020); the new musical Bridges (Berkeley Playhouse); Passion Trilogy (Fisher Ensemble/Loyola Marymount University); and Bud, Not Buddy, The Gift of Nothing, The Cricket in Times Square, and OLIVERio: A Twist on Dickens (Kennedy Center). He is editor of the theatrical making-of books Peter and the Starcatcher: The Annotated Broadway Play and Newsies: Stories of the Unlikely Broadway Hit.

Ken is a frequent guest lecturer, artist, and adjudicator at conferences, universities, and festivals around the world. He is immediate past president of Literary Managers and Dramaturgs of the Americas (LMDA), co-founder of the American Theatre Archive Project, and Artistic Director of Two Turns Theatre Company. He is a graduate of UC San Diego, The Catholic University of America, and the University of Washington, where he earned a Ph.D. in theatre history and criticism.