State of the Theatre: Playwriting in the Age of Trump 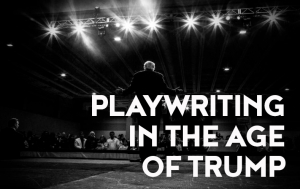 Playwriting in the Age of Trump
Click here to RSVP

The first installment of the new series, State of the Theatre: Seattle Artists in Conversation will feature some of the region’s most accomplished dramatists in conversation with longtime Seattle Times theatre critic, lecturer, and author Misha Berson.

The playwrights will discuss how the current political landscape is impacting their work and the work of others in the local and national theater scenes.

This panel is the first installment of a three-event series of public discussions about the art and aesthetics of contemporary Seattle theatre, and anyone involved in or interested in the art form is encouraged to attend and participate.