State of the Theatre: Shakespeare, Our Contemporary 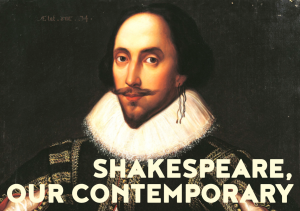 The second installment of the new series, State of the Theatre: Seattle Artists in Conversation will feature some of the region’s most accomplished interpreters of Shakespeare's works in conversation with longtime Seattle Times theatre critic, lecturer, and author Misha Berson.

Various Seattle cultural institutions are joining in on Seattle Celebrates Shakespeare, a year-long salute to William Shakespeare, during 2018. This panel will focus on what still makes the Bard’s works timely, and investigate approaches to making his hallowed texts vibrant in production.

This event is free and open to the public.