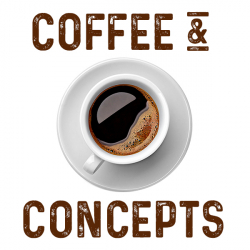 Avant-Garde Geographies: Race, Policy, and Experimentation in the Urban Frontier
The second featured scholar in our interdisciplinary conversation series Coffee and Concepts is Dr. Jasmine Mahmood, an urban ethnographer whose work focuses on theatre and performance. Her talk "Seattle amongst Avant-Garde Geographies" considers the role of Seattle within her book project, Avant-Garde Geographies: Race, Austerity, and Experimentation in the Urban Frontier. The book investigates the trend of experimental theater and performance practices making (and taking) space in urban margins in New York, Detroit, Chicago, and Seattle. It examines how, from 2001 to 2017, many practitioners of avant-garde theater, performance art, social practice, and experimental dance moved into urban margins often called frontiers, and interacted with pre-and-post-collapse political economies, austere policy, and processes of urbanization and racialization including gentrification, erasure/displacement, and “renewal.” Critically, this work integrates theories on settler colonialism, race, and the avant-garde to theorize “avant-garde geographies,” that is, that the avant-garde is a geographic practice that imbues aesthetic and racial meanings into geographic space, and that policy influences embodied geographic practices, including avant-garde performance.
Coffee and Concepts is a series of colloquium-style, informal gatherings where scholars from across campus and the community who work in the field of performance (broadly conceived) will be presenting new work and work in progress. Come and share the pleasure to be their first listeners and readers.
Jasmine Mahmoud (PhD, Performance Studies, Northwestern University) is Assistant Professor in Arts Leadership in the Department of Performing Arts & Arts Leadership at Seattle University. A performance historian and urban ethnographer, her work engages contemporary artistic practices, arts/cultural policy, black aesthetics, embodiment, and spatial racism. Her writing has been published in Modern Drama, Performance Research, TDR: The Drama Review, and Women & Performance, and in the anthologies Theater and Cultural Politics for a New World and Postdramatic Theatre and Form. Invested in public scholarship and art criticism, she has also written for Canadian Art, The Common Reader, Hyperallergic, and the Urban Cultural Studies Blog, where she is an Assistant Editor. In 2009, she co-founded and edited The Arts Politic, a magazine dedicated to solving problems at the intersection of arts and politics. She is currently co-editing the book Makeshift Chicago Stages: A Century of Theatre and Performance with Megan Geigner (Northwestern University) and Stuart Hecht (Boston College), under contract with Northwestern University Press.
At Seattle University, co-curates the quarterly Arts Leadership Book Club, and teaches courses including "Public Policy and Advocacy in the Arts," a course in which she and her students launched the Seattle Arts Voter Guide.
All conversations will take place in Hutchinson Hall, room 154, from 2:00 to 4:00 pm. All events are FREE and open to the public.
If you have questions about this series, please contact Stefka Mihaylova, Director of the Center for Performance Studies, at stefkam@uw.edu.
People Involved:
Stefka Mihaylova
Event Type:
Related Departments:
Related Fields:
Share
PrintPDF