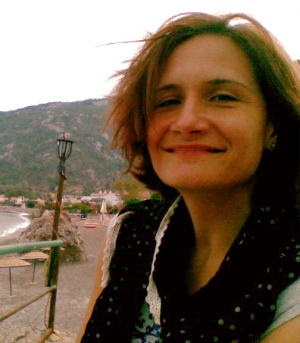 The Fulbright Visiting Scholar Program provides grants to hundreds of foreign scholars from over 95 countries to lecture and/or conduct postdoctoral research at universities across the country. It is just one part of the Fulbright Program established in 1946 to “increase mutual understanding between the people of the United States and the people of other countries.”

Bahar Karlıdağ comes to the University of Washington from Turkey to pursue research on the British left theatre. Jacek Mikolajcvyk has focused on Musical Theatre in Poland where he is assistant professor at the University of Silesia, Katowice, advisor and dramaturge. He has been invited here by the Department of Slavic Languages and Literatures. Both scholars were invaluable resources to the school of Drama’s production of Pentecost this past spring.

Bahar Karlıdağ’s research centers on class differences in England during the 1920s and 30s which could have led to revolution and possibly civil war. As she describes it, “The theatre group that I work on, Theatre of Action and Theatre Union, consecutively, bears the major notes of this class struggle theme, and their work is a strong example of the avant-garde art put in service of this struggle, which according to the Communist party policy makers, is a case of means betraying the cause.” Bahar says she was encouraged to come to UW by Dr. Herbert Blau and is delighted to find herself in the city of Seattle with her 13-year-old son. What does the Fulbright mean to her? She says it’s been a boon to personal discipline spurring her research on to the next level.

Jacek Mikolajcvyk has lectured on Contemporary Polish Theatre and Terrorism in Eastern Europe. He has written numerous articles and several books including “The Destructive Flirtation – Literature and Terrorism.” Mikolajcvyk talks about theatre in Poland as being “almost like a religion” that provides a forum for people to discuss contemporary problems. In fact, because directors are expected to focus on this aspect, he says most directors don’t like realistic productions and promote the directors’ viewpoint above the script. As a spectator you must put an effort into understanding the play, and according to him that’s a good thing. He says he finds students here are more active and want to discuss—nothing is taken for granted. That’s a good thing for him and them!