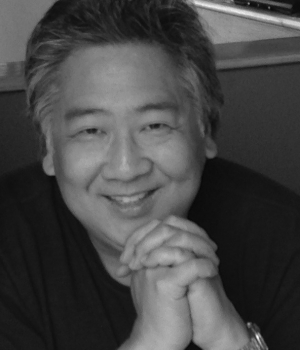 Introducing new generations of students to Shakespeare might be less daunting if begun with study of a single, intriguing line, said Andrew Tsao, UW associate professor of drama, at recent workshop for educators on the First Folio at the Seattle Public Library.

The First Folio is the common name for a 1623 volume formally titled “Mr. Shakespeare’s Comedies, Histories & Tragedies.” It was the first to preserve such masterpieces as “Macbeth,” “The Tempest” and “Twelfth Night” in print for future generations.

The book was the center of a national touring exhibit called “First Folio! The Book That Gave Us Shakespeare” that was at the Seattle Public Library March 21 through April 17. Part of that celebration was a workshop by Tsao on teaching Shakespeare — Hamlet in particular.

“I proposed that instead of assigning young students the whole play immediately, which most teachers acknowledge is a daunting and often futile task, we might lay out one line and let the students dissect it,” he said.

Toward that end, he prompted discussion of this line spoken by Hamlet: “Oh God, I could be bounded in a nutshell and count myself a king of infinite space, were it not that I have bad dreams.” This lent the April 2 workshop its title: “Teaching the Nutshell: The Universe in a Line.”

The group, Tsao said, analyzed the line to find underlying themes in Hamlet: “Faith, the world as a prison, self-identity, confinement and eternity, dreams, illusions, nature.”

“Their own observations about language, imagery, phrasing and content often are spot-on,” he said, “and can then lead to a more expansive study of the play, scene by scene, act by act.”

Did The Bard connect well with his audiences? Tsao ended with an anecdote: When old foundations of London’s Globe Theater were excavated, “layers of ossified walnut shells were found,” he said. “The audience was most likely munching nuts when Hamlet uttered this prophetic line.

“So, Shakespeare is immediate, connected and rich — but by teaching young students a ‘nutshell’ first, a universe may open up for them after.”