We're just about a month into spring quarter, and while many of us are starting to think not only about the end of this academic year, but the beginning of next—Have you heard? It's our 75th Anniversary Season in 2015-2016!—there's still plenty of work to be done this quarter.

Every other spring brings us the opportunity to see our first-year MFA directing students make their UW Drama main stage debut. This year, instead of a program of one acts, Malika Oyetimein and Sean Ryan are collaborating on a full production of William Inge's Bus Stop, with Sean directing Act I and Malika taking over Acts II and III. The cast switches roles, too! We're excited to see the results, and we hope you'll join us in getting to know these talented artists.

Sixty-years after its Broadway premiere, first-year MFA directors Malika Oyetimein and Sean Ryan lead us back to the small town diner 30-miles west of Kansas City where the great American playwright William Inge revealed simple truths of our common humanity.

Five weary travelers and their bus driver find themselves stranded in the middle of the night, waiting out a snow storm. A nightclub chanteuse, a belligerent cowboy and his guitar-strumming sidekick, a hard-drinking college professor on the run from his past, the bus driver, the proprietor of the diner, and a naïve young waitress, reveal their hopes, dreams, loves and fears, while the town sheriff does his best to maintain order. As the temperature drops and the night progresses, tensions and passions rise in Inge's classic bittersweet comedy.

A post-show talk will be held on Thursday, April 30. 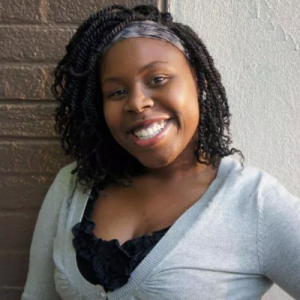 Malika: In my career, I’ve been working towards graduate school for a while. When I visited the University of Washington, and got to meet Valerie Curtis-Newton (professor, head of MFA performance, directing, acting) and see the environment in which I could be spending my next three years, I knew this was the school for me. With the way the program is structured, the individual attention that I would receive, and Valerie’s mentorship, I knew it would be the push I needed... Preesa Bullington (BA 2010) and Michael Minahan (MFA 2011) work as the design team for Big Green Theatre, a project of the theatre company Superhero Clubhouse. The project was recently written up in the American Theatre magazine. Read the story here.

Since graduating last year, J Jha (PATP '14) has been busy establishing himself San Francisco. He was recently profiled by...

UTS Presents: On the Verge
May 28–June 7
More details

STORIES FROM CHINATOWN: a living theater project
May 30
More details