Yesterday we presented the last event in our Lost & Founded reading series. Beginning in September, this series of readings and receptions has paid tribute to five seminal Seattle theatres that are no longer in operation, but who's influence continues to be felt in this community: Alice B. Theatre, Seattle's Group Theatre, Bathhouse Theatre, Northwest Asian American Theatre, and the Empty Space. Thank you to the patrons and artists who joined us for these memorable evenings.

Another new initiative this season is our New Play Workshop Series, which we continue with Clarence Coo's People Sitting in Darkness. We invite you to join us at one of the public readings this April 1–3. 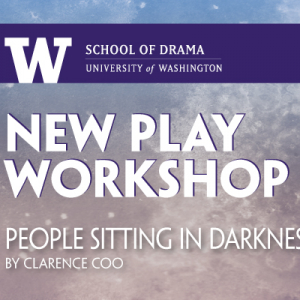 Presented in collaboration with Azeotrope.

In this comic adaptation of A Midsummer Night’s Dream set in the early 20th-century Philippines, a small town prepares to stage a performance for their American occupiers. Their play, based on an American novel about a young boy and an escaped slave rafting down the Mississippi, will either earn the townspeople their freedom—or more trouble from the US military.

The School of Drama New Play Workshop series is a celebration of new work and new voices in the American theatre. Each play in the series will be workshopped for 7–9 days with UW Drama students and guest artists. At the end of the process, each play will be presented in the form of a public reading. 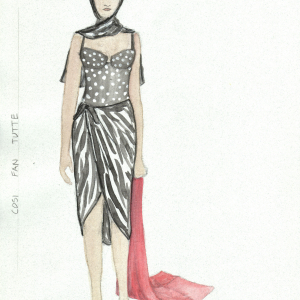 The exhibit runs April 1 through May 11 at theOdegaard Undergraduate Library.

The Andrew A. Mellon Foundation has awarded the University of Washington a three-year $750,000 grant to pilot a new Creative Fellowships Initiative that will explore the nature of creative research at a top public research university. The interdisciplinary initiative will advance the field of performing arts by supporting artists in the development of new work and by integrating the performing arts disciplines into the broader curriculum.

"We see these research-directed creative residencies as a way forward, both to serve our fields and to champion the values of art in the culture at large.” —Todd London

The initiative marks the first time the performing arts units on campus—the UW World Series, School of Drama, School of Music, Dance Program and Center for Digital Arts and Experimental Media (DXArts)—have collaborated on an experiment of this scale. Todd London, executive director of the School of Drama, and Michelle Witt, executive and artistic director of UW World Series, will serve as lead investigators.

The initiative will support exploration by guest artists in the fields of dance, theater and music through one- to three-year residencies, commissions, collaborations and performances. Guest artist Fellows will be recruited from individual artists and ensembles from around the world that are at the leading edge of... 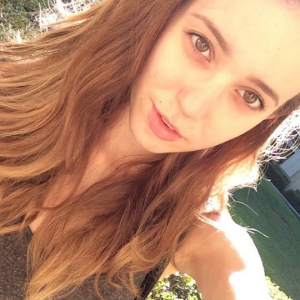 Melody Donais is a Drama: Design major with a minor in Dance, specializing in stage management and choreography, and the 2016 recipient of the School of Drama Senior Capstone Award. With the support from the School, Melody is producing and directing Sarah Kane’s 4.48 Psychosis.

Here, Melody shares with us some of the process and challenges in creating her production of 4.48 Psychosis.

Can you tell us a little bit about the play?

4.48 Psychosis was Sarah Kane’s last play. Due to her suicide shortly following the publication of this play, audiences interpreted the work as biographical and reduced Sarah Kane to the stigma of a suicide artist. In a letter to her publisher, Kane wrote “Do what you will with this play—just remember, writing it killed me!” The shock and outrage that surrounded her work grew exponentially around 4.48 until it... 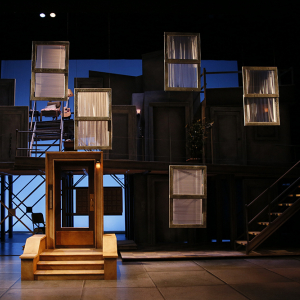 Aaron Jackson (MFA '10) is currently the set designer for Rizzoli & Isles (TNT), and Tristan Dalley (MFA '02)is the art director.

Professor Valerie Curtis-Newton (MFA '96) was named one of the 20 most talented people in Seattle by Seattle Magazine.

Brooklyn Bridge, our co-production with Seattle Children's Theatre, has been receiving great reviews, including raves for the set designed by Matthew Smucker (MFA '02).

Melanie Taylor Burgess (MFA '02) designed the costumes for Assassins, a co-production between ACT Theatre and 5th Avenue Theatre, running through May 8.

Christopher Mumaw (MFA '12) designed the sets for Violet at ArtsWest, through April 3.