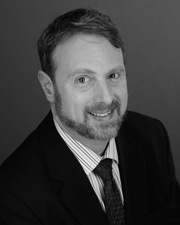 Dr. Henry Bial, Professor of Theatre at University of Kansas.

In the United States, the Bible is understood to be the source of nearly all mainstream religion. Broadway, meanwhile, represents both the highest and lowest aspirations of the American stage, the pinnacle of theatrical excellence and excess. What happens when a culture’s most sacred text enters its most commercial performance venue? Performance studies scholar Henry Bial compares the Broadway musicals Jesus Christ Superstar and Godspell with an emphasis on the strategies each show takes toward the representation of Jesus of Nazareth.

Organized by the Performance Studies Research Group, a crossdisciplinary research cluster of the Simpson Center for the Humanities.

A reception will following in CMU 202.

Henry Bial is Professor of Theatre at the University of Kansas, where he serves as Director of the School of the Arts and Associate Dean of the College of Liberal Arts & Sciences. He is the author of Playing God: The Bible on the Broadway Stage (2015) and Acting Jewish: Negotiating Ethnicity on the American Stage and Screen (2005), and the co-editor of Theater Historiography: Critical Interventions (2010, with Scott Magelssen), The Performance Studies Reader, Third Edition (2015, with Sara Brady), and Brecht Sourcebook (2000, with Carol Martin). Bial is Past President of the Association for Theatre in Higher Education.