Happy 2016! This quarter started with a week-long residency with Lisa D'Amour and Katie Pearl, who are working with graduate and undergraduate students on a year-long community-based theatre project. Lisa and Katie will have one more residency here in May, followed by public performances of the work being created by UW Drama students in collaboration with three social service organizations in the U-Distrct. We can't wait to share it with you.

In the meantime, we have plenty of events to get your Drama fix. This month includes a new play workshop and public reading, the third event in our Lost & Founded Series, and the opening of the second production of the Musical Theater Program.

We'll see you at the theatre!

New Play Workshop: The Tale of the Heike 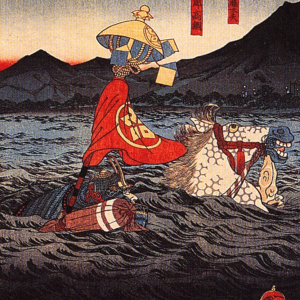 Philip Kan Gotanda and Yussef El Guindi are collaborating on a stage adaptation of The Tale of the Heike, one of the most influential works in Japanese literature and culture, remaining even today a crucial source for fiction, drama, and popular media. Originally written in the mid-thirteenth century, it features a cast of vivid characters and chronicles the epic Genpei war, a civil conflict that marked the end of the power of the Heike and changed the course of Japanese history.

In partnership with One Coast Collaboration and UW World Series.

The third evening in the series features The Bathhouse Theatre and a reading excerpt from The Skin of Our Teeth by Thornton Wilder. Former artistic director Arne Zaslove will be in attendance. A reception will follow the reading.

Lost & Founded is a series of five free, public readings of representative plays from seminal Seattle theatres of the past. As part of the School of Drama’s 75th Anniversary, we’ll be celebrating the Seattle theatre community of which we’re an integral part. The reading series will pay tribute to inspiring companies no longer up and running: Alice B. Theatre, Bathhouse Theatre, Empty Space Theatre, Northwest Asian American Theatre, and the Seattle Group Theatre. 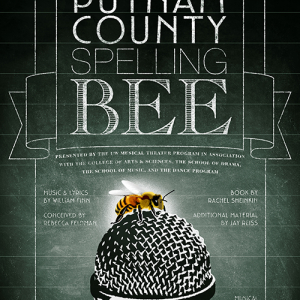 Presented by the UW Musical Theater Program—a partnership of the School of Drama, School of Music, and Dance Program.

This hilarious & warmhearted musical comedy chronicles the experiences of six adolescent outsiders vying for the spelling championship of a lifetime. While candidly disclosing hilarious and touching stories from their home life, the tweens spell their way through a series of [potentially made-up] words hoping to never hear the soul-crushing, pout-inducing, life un-affirming "ding" of the bell that signals a spelling mistake. 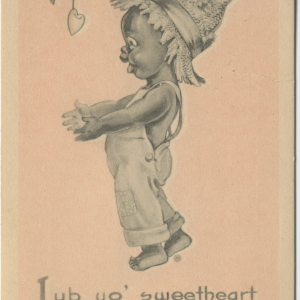 The UW Performance Studies Research Group is pleased to present a lecture by Harvey Young, Northwestern University, on Friday, January 22, in the Simpson Center for the Humanities.

This presentation spotlights the darker side of Valentine’s Day, the sending of caricature greeting cards featuring popular (and negative) stereotypes of African Americans. Harvey Young reveals the wide appeal of such cards and discusses how their circulation informed 20th century US racial discourse. Applying the language of performance studies to activate the material archive, Young demonstrates how early valentines enabled “race play,” a role playing of and a reveling in the excesses of imagined black identity.

A reception will follow. Learn more about Dr. Young on the event webpage.

Leyla Modirzadeh (PATP '90) directed Love and Information at San Jose City College this past fall and will be directing The Overcoat in the spring.