Live from the School of Drama! May 2017 News

It is hard to believe we have already reached the end of another school year. Picnics, beach time, and BBQs are on the horizon...but before we head into summer the School of Drama has four plays opening in the next two weeks! Please join us through the end of May and the beginning of June to catch our final performances of the year. 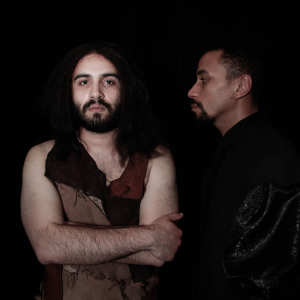 Up next on the School of Drama main stage is Sueño, translated and adapted from the play La Vida es Sueño by Pedro Calderón de la Barca by José Rivera and directed by Book-It Repertory's Co-Artistic Director, Jane Jones. The production runs May 26th – June 4th at the Floyd and Delores Jones Playhouse.

Believing his infant son, Segismundo, to be cursed, King Basilio banishes him to the tower for life. When the prince is finally released at age 25 to claim his birthright, it becomes clear that his solitary upbringing has turned him into a monster. In a script that teeters between the absurd and the sublime, Rivera deftly weaves Calderón’s grand poetic riffs with deliciously jagged contemporary humor, pulling this classic story of a distrustful, incompetent ruler into the present day.

This production of Rivera’s highly accessible adaptation is a rare opportunity to engage with one of the most important—yet least produced—plays in the canon of classical theatre. Expect swords.

Featuring a cast of PATP and BA actors, this thrilling and though-provoking period piece brings our 76th season to a close. ... 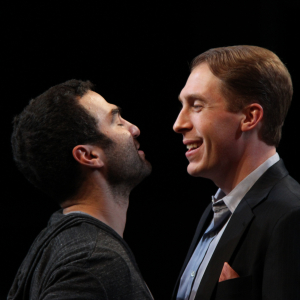 Amanda Friou and Cody Holliday Haefner, our two first-year MFA directing students, will be making their School of Drama directorial debuts with Cock by Mike Bartlett and Crumble (Lay Me Down Justin Timberlake) by Sheila Callaghan.

Tonight is opening night forCock and Crumble (Lay Me Down Justin Timberlake) will open nextThursday, May 25th. Both shows are in the Glenn Hughes Penthouse Theatre. Each show only has four performances, so get your tickets soon! Tonight is opening night for the UTS season closer (and possibly their biggest show to date) Spring Awakening. Directed by BA senior Isabel Martin, this rock 'n' roll musical features a cast of 14 undergraduate actors, elaborate design, and a live on-stage band. The production runs May 18-28 in the Cabaret Theatre.
“It’s a show about sex and frustrated desires and inter-generational disconnect,” said director Martin. “The source material was written over 130 years ago, but it feels immediate and reflective of today’s political climate — more immediate than I had hoped it would be when I applied to direct the show a year ago.”
The production is the group’s biggest of the year by far, with about six times the usual budget and a cast of fourteen singers, actors, and dancers. Ticket proceeds from the performance onMay 25 will be donated to Planned Parenthood.
“The show is a warning, a cautionary tale about the dangers of repressing curiosity and passion in youth,” said Martin, “but also presents a deep and profound message of hope — even though all seems dark and cold and lonely in the wintertime, we must have faith that spring and summer will come in time.”
Read about the...
Read more 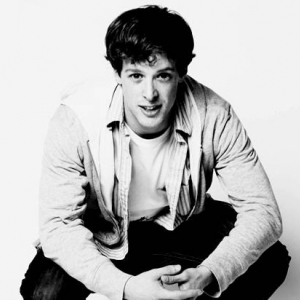 It was recently announced that Mickey Rowe, School of Drama alumnus and openly autistic actor, was recently cast in the lead role inThe Curious Incident of the Dog in the Night-Time in a co-production with Indiana Repertory Theatre and Syracuse Stage. This play, based on the novel by Mark Haddon, was a West End and Broadway hit, winning a Tony for Best New Play in 2015. The other element that makes this play special is that its lead character is a young boy with autism, yet all of the actors who have previously played him have been publicly neurotypical. Rowe is the first...

Student discount for Welcome to Braggsville! 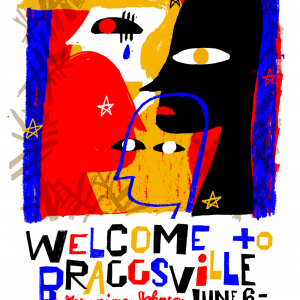 Book-It is offering $15 tickets to all students who would like to come to the production! You can get your tickets here. 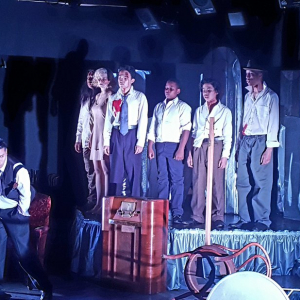 Pauls Macs (BA '11)directed Gutenberg! The Musical at the Jewelbox Theatre. Running now through May 22nd.