Welcome to the spring issue of our academic e-newsletter, The Through-Line. On a quarterly basis, The Through-Line keeps you informed of the work being done by our students, faculty, staff, and alumni.

A Different Kind of Season: Letter from the Executive Director 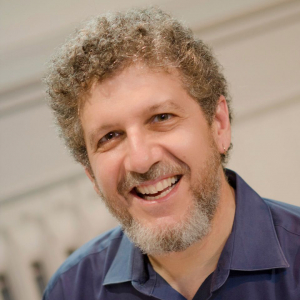 Happy spring! It’s truly a bittersweet season here, as we celebrate the activity of all our students and faculty, even as we prepare to say goodbye to our graduates—22 undergraduate drama majors and nearly a dozen graduate designers, directors, actors, and PhDs. In a month and a half, we’ll proudly wave them on, even as we eagerly watch to see what they’ll make of what they’ve learned here.

For me, approaching the end of my first year at the School of Drama, I’m coming to understand not only the depth of talent here, but the cycles of our training, how the coursework compounds, how the productions play off each other. I’ve watched our world-class faculty fine-tune their offerings and model a kind of devotion to learning and growth that may be the greatest lesson any school can offer.

Even as we wrap one year—and we’re not there yet!—we’re planning for the momentous next year. 2015-16 will be a different kind of season of celebration: the School of Drama’s 75th Anniversary. In the next few weeks, we’ll announce a season unlike any I’ve seen before or been a part of. In production and public scholarship, the development of new work, and the expansion of our activities to include neighboring organizations, other schools and departments, and the vibrant Seattle theatre community, we will be building bridges throughout the region during a year of theatrical activity.

Before beginning his tenure-track position at Florida State University this coming fall, Samer Al-Saber, PhD ’13, is finishing up a two-year Mellon Post-Doctoral Fellowship at Davidson College, where he has been teaching, directing, and continuing his research on Palestinian theatre in Jerusalem and the cultural history of the city through artists’ eyes.

Back in Seattle to attend the American Comparative Literature Association’s annual conference—where he co-convened a seminar with Amal Eqeiq (PhD ‘13, UW Comparative Literature) concerning the use of ethnographic methods to understanding history—Samer took the time to sit down with the School of Drama to discuss his research, scholarly approach, and his tenures at UW and Davidson.

What brought you to the University of Washington and the School of Drama PhD program?

The doctoral program here is for both generalists and emerging scholars who wish to tackle unexplored territories. I looked into Middle Eastern studies and a number of theatre programs, but few would permit me to do the research I wanted to do. Here, it was general enough—and driven by methodology enough—that I was able to take the methodology and apply it to my own work. UW is a massive university with lots of resources and departments, and it was important to me to build contacts across campus. There were many colleagues across campus...

Malika: In my career, I’ve been working towards graduate school for a while. When I visited the University of Washington, and got to meet Valerie Curtis-Newton (professor, head of MFA performance, directing, acting) and see the environment in which I could be spending my next three years, I knew this was the school for me. With the way the program is structured, the individual attention that I would receive, and Valerie’s mentorship, I knew it would be the push I needed...

On Pursuing an MFA and Being a Mother - Sunam Ellis 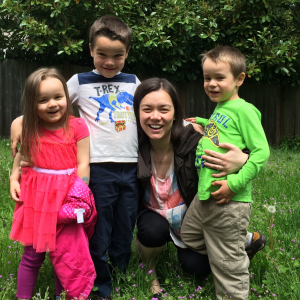 This is not my first time as a graduate student. Several years ago I was in a Ph.D. Human Development program. I wanted to research marital relationships. But not really. It was my back-up plan. Theatre is, and has always been, my first love. The lure of a full-ride at a prestigious school, though—the promise of becoming Dr. Ellis—it was hard to resist. And I had a fire to succeed. After two semesters and a summer abroad, I had already completed a solid chunk of my master’s thesis. But there was no joy. And I ultimately left the program.

After many discussions with my husband, we decided to take a chance. I was going to make a serious pursuit of acting, the thing that had always brought me so much joy. I brushed up on the craft by doing some community productions before heading off to auditions for graduate programs. The plan was simple: If a graduate program accepted me, I would follow that dream. If not…well, we’d see.

It was intimidating because I was now the mother of three. During my first go-round with graduate school, I remember being holed up for days, working frantically on papers and projects. How could I balance the rigors of graduate school with motherhood? And I wasn’t the only one with concerns. During graduate program interviews, I saw the exact moment many recruiters lost interest:...

For professor and playwright Mark Jenkins, the saga of bringing his Red Earth, Gold Gate, Shadow Sky to the stage is appropriate for the way it mirrors the episodic nature of the play itself.

It started when friend, visual artist, and activist Don Fels invited Mark to Cambodia in the hopes of convincing him to write about the plight of Cambodian deportation. In Phnom Penh, Mark interviewed individuals who had grown up in the United States, got involved in criminal activity, served time in prison, and—regardless of whether or not they had been rehabilitated—were deported back to Cambodia.

The play presents that saga. It takes place over the course of 25 years, weaving through refugee camps, the American streets, prison, and other kinds of incarceration. It has magical realism and mythological creatures, addressing the deep history Cambodians have with their mythology.

Over the course of writing the play, after his return from Cambodia, Mark consulted with members of the Cambodian American community in Seattle.

“I got the trust of some in the community. People invited me into their homes and shared with me their lives and their stories,” says Mark. “It’s a big deal to get the trust of this community. I think it’s important to note that Victor [Pappas, the play’s director] and I are both white, middle-aged Americans. There’s a kind of presumption in telling the story of another culture.... 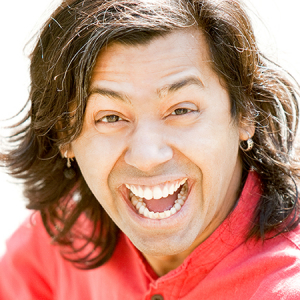 Since graduating last year, J Jha (PATP '14) (pictured) has been busy establishing himself in San Francisco. He was recently profiled by Theatre Bay Area.

General Manager Anne Stewart celebrated 30 years with the University of Washington School of Drama! Thank you, Anne, for fearlessly leading each School of Drama production!

Ben Zamora (MFA '05) designed the lighting installation for Flexn at the Park Avenue Armory, a collaboration between theater director Peter Sellars and the flexing...