Live from the School of Drama! April 2017 News

Though the weather has us crawling into spring, the students at the School of Drama have sprinted into this quarter! Read on to learn a little bit more about what performances are coming up, a FREE discussion panel about youth resistance featuring a School of Drama PhD student, as well as some exciting news about one of our MFA Directing alums!

Undergrad director Jake Lemberg on directing Wolves and the power of love, trust, and "accomplishing nothing" in the rehearsal room 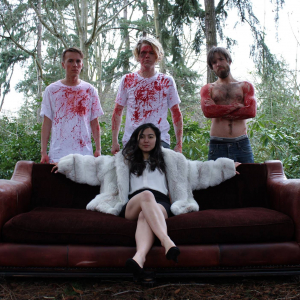 Editor's Note: The Undergraduate Theatre Society produces a full season of shows in the Cabaret Theatre. This work is curated, produced, directed, designed, and performed exclusively by undergraduates for the entire community. To learn more about UTS, please visit students.washington.edu/uwuts/.

Recently I have found myself questioning why I pursue theater. Why have I given it so much of my time? What is the point of pursuing this? I think have found the answer throughout the process of directing Wolves.

Beginning this process, I knew I wanted it to be something different. I wanted it to be memorable, worthwhile, and meaningful. In the end, it’s up to the cast and crew to decide if I was successful. Nonetheless, it has been a journey that has at times felt triumphant, and other times quixotic.

The idea behind the process of Wolves is rooted in a foundation of love. I believe the quickest path to success is to surround yourself with the warmest and most loving people you can find. I am lucky to have found that in the cast and crew of Wolves. They are talented, empathetic, and kind. Each one of them brings a unique asset to the production that we would have sorely missed if they had not joined the team. Olivia Hagan for example, is a freshman here at UW. She saw a posting for Wolves and, although she did not...

FREE Discussion Panel: "Exploration of Youth Resistance: Past and Present" 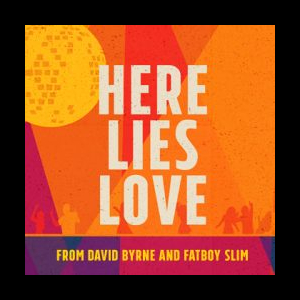 On Monday, April 24th the Seattle Repertory Theatre is partnering with UW the School of Drama and Communications Department to organize a FREE discussion panel for the UW and greater Seattle community. This panel of Seattleites will discuss the past and present resistance movements led by youth, in part reflecting on connections to Seattle Repertory Theatre’s production of Here Lies Love (including the Marcos regime and the People Power Revolution). Join us at 7:30pmin Communications 120 (4109 E Stevens Way NE) to hear from some of Seattle scholars about the power of youth resistance.
Co-moderated by School of Drama PhD candidate, Monica Cortes Viharo. 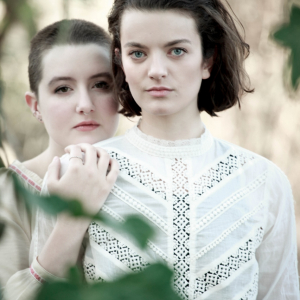 Up next on the School of Drama main stage is Orlando, adapted by Sarah Ruhl from the novel by Virginia Woolf and directed by Professor L. Zane Jones. The production runs April 28th – May 7th at the Glenn Hughes Penthouse Theatre.

Orlando explores sex, love, and identity in a story that spans centuries. Orlando is a handsome, young English nobleman favored by queens and princesses. The poem he’s trying to write isn’t going well; otherwise, he’s having a very nice life. When he consorts with a gypsy, however, things take a strange turn: he awakens from a seven-day sleep transformed into a woman…and an immortal.

Virginia Woolf’s Orlando is one of literature’s most beloved fantasies—a love letter, a biography, and an epic poem that Woolf called, “too long to be a joke and too frivolous to be taken seriously.” Sarah’s Ruhl’s dreamy adaptation is a fun, sexy, gender-bending romp through 300 years of literary history.

Orlando features vibrant music, moments of improvisation, physical exploration and performances, and an ensemble of undergraduate actors. Director Jones says, “I am looking to present this play with inspiration found in the styles that each of the two writers present. It is a dream, a romp, a carnival, and a fantasy. The story evokes a playful and profound feeling that... 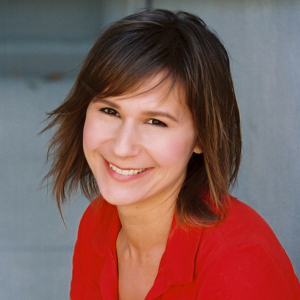 Tina Polzin (MFA '15) was awarded aInnovation Seed Grant from Seattle Pacific University to do a a bilingual staged reading ofLady from the Sea by Henrik Ibsen in conjunction with her theatre company, 1-Off Production. The reading will be presented onThursday, May 25th at Seattle Pacific University's McKinley Theatre. The production features live music and original composition from School of Drama alumnus Jonathan Shue (PATP '14), who is also performing in the reading.

1-Off Production is a Seattle-based theatre group focused on diverse story-telling, promoting accessibility for underserved audiences, and advocating and providing equity for artists of color. As part of 1-Off Production's mission, they partner with local advocacy and human and health services non-profits, to promote their services and to use the arts as a way to serve communities on multiple levels. In summer 2016 they put on a free, outdoor, and bilingual production of Blood Wedding by Frederico Garcia Lorca.... 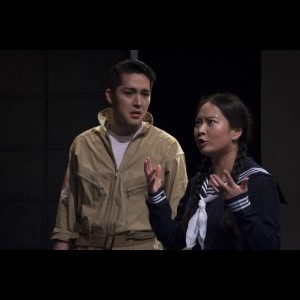 Lenne Klingamen (PATP '07)appeared in "Chicago Med" on NBC.She will also be playing the title role inHamlet with the Colorado Shakespeare Festival from June 23th through August 13th.

Josh Kenji (BA '17) is appearing in the world premiere production of ...