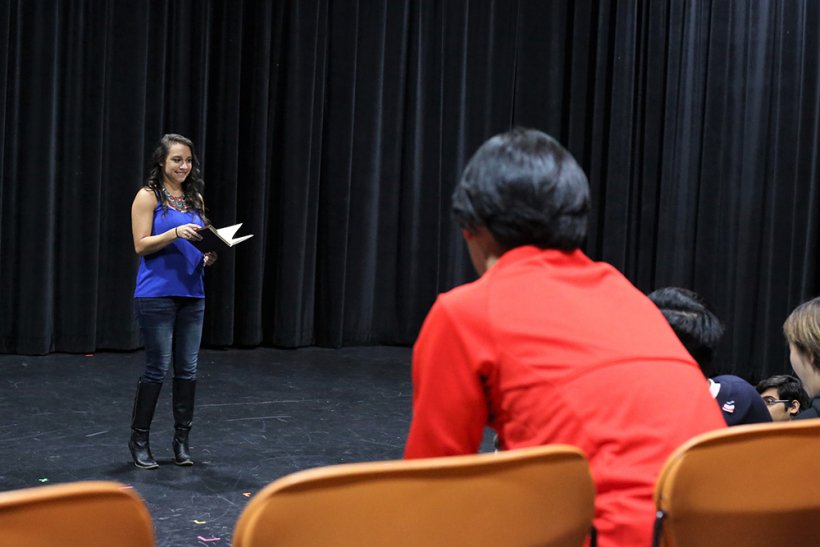 WHEN: Tuesday, September 24, 3 - 7 PM
WHO: All UW students in any major or program and all members of the greater Seattle community
HOW? Email Kristie Post Wallace at wallace.kristie@gmail.com to schedule an audition time slot.
WHO WILL I BE AUDITIONING FOR? You will audition for our two second-year MFA directors, Andrew Coopman and Kristie Post Wallace
WHAT WILL I BE AUDITIONING FOR? Andrew and Kristie will be casting our first-ever project in our new CabLab series, Ada and the Engine by Lauren Gunderson, as well as an exciting 218 project (title TBA). They are also looking to create a database of talented UW students for future projects this year.
WHAT SHOULD I PREPARE? Please prepare a contemporary monologue, dramatic or comedic; be prepared to sing 30 seconds of a lullaby (note: you will be singing a capella). Please bring a headshot and resume.

[Have questions about some of these terms? Check our auditioning glossary]

CHARACTER BREAKDOWN FOR ADA AND THE ENGINE:

ADA BYRON LOVELACE – (18-36) – she has the mind of a mathematician and the heart of a poet. She is fueled by curiosity and joy, but is constantly battling stress and a painful diagnosis of ovarian cancer. She commits to her passions fully. She tries to follow the rules of her day, but has no problem asserting herself. She has been weak her whole life, but her creativity and acumen strengthens her. She is a mother of three and is friends with her husband but not in love with him. She harbors a sadness from growing up without a father. She thinks that he would have liked her, been proud of her. She will never know. She adores Babbage and has always wondered what would have become of her is she married him instead. When she dreams she dreams of impossible things that only the future will see. She sings.

CHARLES BABBAGE– (40-60) – Can be a charming and debonair host, and also a short-tempered grump. He is brilliant but competitive. His salons are the hot ticket in London and he loves being the smartest man in any room. He is bruised from losing his wife early in their marriage. He has and never will remarry. When he met Ada he did not treat her as a silly girl, but upon hearing her ideas he embraced her. He loves her too. But their timing was never right. Both of them could usually manage their affections when working together… usually. He is there when she dies.

LORD BYRON –  36 – He is adventurous in every way – artistically, emotionally, sexually. He is contradictory genius - proud but sensitive, fiery and flirtatious but married to a cold woman, regretful for abandoning his child but impetuous and impulsive, always running away from the people he loves. But when he believes in something (whether women or words or the world), you have never seen such passion on display. He trembles with it. It electrifies him. When he thinks of Ada, he cannot contain his love and sorrow. He knows he will never see her again.

LADY ANABELLA BYRON – (35-55) – she pretty much hates everything. Since Lord Byron walked out on her and their month-old baby girl, she has thought that the world was out to humiliate her. She disapproves of everything Ada does, except marrying the man she chose for her. She is a cold mother, but one who still expects respect and praise. She has always waited for the poet in Ada to emerge so she can slap it back down. Refuses to give Ada what she needs – money, support, love.

The following characters will be doubled:
LORD LOVELACE/LORD BYRON