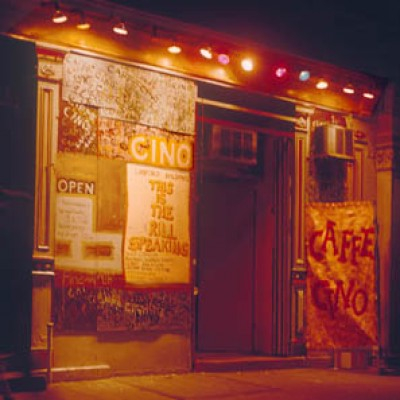 Admission is free, but reservations are strongly recommended due to space limitations
CLICK HERE TO RESERVE YOUR SPOT(S)

For three nights in March, a former medical marijuana dispensary in Seattle’s University District will transform into a makeshift theatre café. Inspired by Joe Cino’s legendary Greenwich Village performance space, Caffé Cino, the space will house performances of six short plays from the early days of Off Off Broadway.

Guest artist Daniel Talbott, Artistic Director of New York’s Rising Phoenix Rep, will direct the project, as well as three of the plays. The other plays will be directed by Rising Phoenix Artistic Associate Addie Johnson, third-year MFA director Sean Ryan, and UW Drama alumna Bobbin Ramsey. The acting company is comprised of members of UW Drama’s Professional Actor Training Program. Each play will be rehearsed for just one week and presented only once, and for free.

“All you really need to create theatre is action, space, courage, a play, heart, and someone to show it to or share it with,” says Talbott, who rebirthed Caffé Cino in 2010 by commissioning 24 playwrights to write new, full-length plays for the back room space at Jimmy’s No. 43 in New York’s East Village. Those plays have now been collected into two volumes, Cino Nights and Cino Nights II, published by New York Theatre Experience.

For the UW version of Cino Nights, plays have been selected from those performed at Caffé Cino and La MaMa Experimental Theatre Club, another originator of Off Off Broadway. The plays are: Lanford Wilson’s The Madness of Lady Bright, William Hoffman’s Goodnight, I Love You, Megan Terry’s Comings and Goings, Maria Irene Fornes’ A Vietnamese Wedding, Robert Patrick’s The Richest Girl in the World Finds Happiness, and Adrienne Kennedy’s A Rat’s Mass. For the full schedule, click here.

School of Drama Executive Director Todd London says, “Theatre can get made slowly, or it can get made quickly. Fast theatre—down and dirty—requires artists to bring all their talent to bear instinctively, muscularly. That kind of leap-before-you-look energy was the spirit of Off Off Broadway in its beginnings. That’s the spirit the Cino Nights will try to capture.”

All performances will take place at:
Caffé Cino: U-District, 5267 University Way NE, Seattle, WA 98105
All performances are free and open to the public
Refreshments will be available on a donation basis

CLICK HERE TO SEE A FULL SCHEDULE AND RESERVE SPOTS.